You are now leaving www.admabiologics.com

The link you have selected will take you outside of ADMA Biologics corporate website. The site you will be entering is intended for U.S. audiences only. Do you wish to continue?

Governance at a Glance

Mr. Elms has been a director of ADMA since 2007. Mr. Elms serves as a Managing Partner at Aisling Capital, which he joined in 2000. Previously, he was a Principal in the Life Sciences Investment Banking Group of Hambrecht & Quist. During his five years at Hambrecht & Quist, Mr. Elms was involved in over 60 financing and merger and acquisition transactions, helping clients raise in excess of $3.3 billion in capital. Prior to joining Hambrecht & Quist, Mr. Elms traded mortgage-backed securities at Donaldson, Lufkin & Jenrette. His previous healthcare sector experience includes over two years as a pharmaceutical sales representative for Marion Laboratories and two years as a consultant for The Wilkerson Group. Mr. Elms currently serves on the board of directors of Zosano Pharma Corp. and previously served on the board of directors of Loxo Oncology, Inc., Cidara Therapeutics, Inc. and Pernix Therapeutics Holdings, Inc. within the past five years. Mr. Elms received a B.A. in Human Biology from Stanford University and a M.B.A. from Kellogg Graduate School of Management at Northwestern University. Mr. Elms was chosen to serve on the Board because of his valuable experience in the investment banking industry, particularly with respect to strategic and financing transactions.

Dr. Grossman has been a director of ADMA since 2007 and has over 35 years of experience in the blood and plasma industry.  He served as the Chief Executive Officer of ADMA, on a part-time basis, between 2007 and October 2011.  He is the founder and Chief Executive Officer of Technomed, Inc. (formerly National Hospital Specialties), a wholesaler of specialty biological and pharmaceutical products, and has served as Chief Executive Officer of that company since 1980.  Additionally, Dr. Grossman is the founder and President of GenesisBPS, a medical device firm specializing in blood collection and processing equipment, and has served as President of that company since 1990.  Previously, he held positions at the New York Blood Center and Immuno-U.S., Inc. and previously served as the Chairman of the Board of Bergen Community Blood Services.  Currently, Dr. Grossman is a member of the New Jersey Blood Bank Task Force and a founder and director of the New Jersey Association of Blood Bank Professionals. He was a founder and former director of Pascack Bancorp, Inc., which was acquired by Lakeland Bancorp, Inc. in January 2016, and is currently a member of the Corporate Advisory Council of Lakeland Bancorp Inc.  Dr. Grossman has also provided consulting services to various government agencies and international organizations.  Dr. Grossman received a B.A. in Economics and Finance from Fairleigh Dickinson University, a M.B.A. from Fairleigh Dickinson University, and his D.P.S. in Business Management from Pace University.  Dr. Grossman is the father of Adam S. Grossman, our President and Chief Executive Officer and a co-founder.  He was chosen to serve on the Board because of his role as our co-founder and past Chief Executive Officer, as well as his more than 35 years of experience serving a variety of companies and associations in the blood and plasma industry. 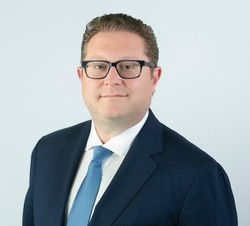 He began his career as a hospital-based plasma products sales representative focusing on immune compromised patients. This opportunity provided him with a first-hand view of certain challenges patients faced while gaining an understanding of how some patients medical needs are handled by treating clinicians. Mr. Grossman has over 25 years of experience in the blood and plasma products industry which includes experience in launching new products, building and managing national and international sales forces as well as managing and designing clinical trials. Additionally, he has negotiated and completed numerous business development transactions. Under his leadership, Mr. Grossman brought ADMA public in 2013 and has completed over $300M in capital markets financing and debt transactions throughout his career.

Mr. Grossman led the asset acquisition of the Biotest Therapy Business Unit in 2017, which transformed ADMA Biologics into one of a handful of vertically integrated plasma products manufacturing companies based in the US. Subsequent to the asset acquisition, he is credited with leading the successful integration of business operations, revamping and overhauling the site-wide quality and compliance functions, and leading the regulatory affairs strategy resulting in FDA approvals for BIVIGAM®’s Prior Approval Supplement (PAS) and ASCENIV™’s BLA as well as the receipt of a new FDA license for the Boca Raton manufacturing plant.

Mr. Grossman has been a member of the ADMA Biologics Board of Directors since 2007, has served as its President and Chief Executive Officer since October 2011 and was the President and Chief Operating Officer between 2007 and October 2011. In 2016, he was issued several patents which are the basis for the manufacturing methods and composition for ASCENIV™. Prior to founding ADMA, Mr. Grossman was the Executive Vice President of National Hospital Specialties and GenesisBPS, positions he held between 1994 and 2011. Previously, he worked at MedImmune, Inc. as part of the marketing team for RSV and CMV immunoglobulins and at the American Red Cross, where he participated in the launch of new products with the Biomedical Services division.

Mr. Grossman is a graduate of American University, receiving a B.S. in Business Administration, with a specialization in International Business and Marketing. Mr. Grossman is the son of Dr. Jerrold B. Grossman, ADMA's Vice-Chairman and co-founder. Mr. Grossman was chosen to serve on the Board because he has broad expertise in the plasma products industry and as the Company's Chief Executive Officer, he is able to provide the Board with critical insight into the day-to-day operations of the Company.

Ms. Demski was Senior Vice President and Chief Financial Officer of Ajinomoto Althea, Inc. (now known as Ajinomoto Bio-Pharma Services), a fully-integrated contract development and manufacturing organization, before retiring in May 2017. Prior to joining Althea in 2011, Ms. Demski was Interim Chief Operating Officer and Chief Financial Officer of the Sidney Kimmel Cancer Center (SKCC). She is currently Chair of the Board of the biopharmaceutical company Chimerix, Inc. (CMRX). Ms. Demski also is a director of Adamas Pharmaceuticals (ADMS) and Equillium, Inc. (EQ), serving as Chair of their Audit Committees and member of their Compensation Committees. She previously served on the board of Neothetics, Inc. as well as several not-for-profit boards over the years. In 2017, Ms. Demski was recognized as Director of the Year in Corporate Governance by the Corporate Directors Forum. In addition, Ms. Demski has over 13 years of banking experience with Bank of America. Ms. Demski earned her MBA from the University of Chicago Booth School of Business with concentrations in Accounting and Finance and her B.A. from Michigan State University. Ms. Demski was chosen to serve on the Board because of her more than 30 years’ experience in the fields of finance and biotechnology as well as her experience as a member of various boards of directors.

Mr. Fong has been a director of ADMA since May 2012 and is currently a member of the Company's Audit Committee, Compensation Committee and Governance and Nominations Committee. Mr. Fong has over 23 years of experience in the life sciences industry. Mr. Fong is a founding Managing Director and General Partner at Biomark Capital Fund, a life sciences private equity firm formed in 2013. Prior to Biomark Capital, Mr. Fong was a Managing Director and General Partner of Burrill & Company, where he spent almost 16 years investing in and managing investments in private and public companies in the biotechnology industry. Some of Mr. Fong's most notable investments include Pharmasset (VRUS), Novadaq Technologies (NVDQ), Galapagos (GLPG), Ceptaris Therapeutics, Ferrokin Biosciences, WaveTec Vision and JHL Biotech. Prior to joining Burrill & Company, Mr. Fong held positions as a research scientist with two early stage biotechnology companies located in the San Francisco Bay area.  Mr. Fong currently serves on the boards of directors of a number of private life science companies. Mr. Fong earned his B.S. with honors in Molecular and Cell Biology-Biochemistry from the University of California, Berkeley. He was nominated by Biomark Capital to serve on the Board because of his extensive experience in the biotechnology industry.

Mr. Guiheen has been a director of ADMA since July 2012 and is currently the Chairman of the Company's Governance and Nominations Committee and a member of the Company's Audit Committee. Mr. Guiheen is currently Executive Vice President of Wellstat Management and Chief Executive Officer of Wellmond Therapeutics.  Wellmond Therapeutics is a start-up pharmaceutical company located in Rockville, MD.  Wellmond is developing and will commercialize drug candidates in oncology supportive care and treatments for diseases and conditions involving mitochondrial and cellular energy disorders or failures.

In addition, Mr. Guiheen has over 25 years of experience in the blood and plasma industry. From July 2013 to November 2019, Mr. Guiheen served as Chief Commercial Officer of Kedrion Biopharma, Inc., based in Barga, Italy and Fort Lee, New Jersey. Kedrion markets therapies globally for hemophilia, hemolytic disease of the newborn, immune and neurological disorders.

Prior to July 2013, Mr. Guiheen was principal of Guiheen and Associates, a consulting group that specialized in biopharmaceutical, pharmaceutical and medical device commercialization. Before July 2011, Mr. Guiheen was with Baxter Healthcare Corporation for over 30 years. Most recently he held the positions of General Manager Global Hemophilia Franchise (from December 2010 to July 2011), President of Global BioPharmaceuticals for Baxter Healthcare’s BioScience Division (March 2010 to December 2010) and President of BioPharmaceuticals US (January 2004 to March 2010). Mr. Guiheen had been a member of the BioScience Senior Management Team for over 14 years and has extensive experience leading global and domestic commercial organizations in the plasma and recombinant therapies. Mr. Guiheen is past Chairman of the Global Board of Directors for the Plasma Proteins Therapeutics Association (PPTA) and a past member of the Board of Directors of California Healthcare Institute (CHI). Mr. Guiheen holds a Bachelor of Arts degree in business administration from Rutgers University. Mr. Guiheen was chosen to serve on the Board of Directors because of his extensive experience in the plasma and pharmaceutical industries.

Dr. Kwon has been a director of ADMA since October 2021. He is Chief Financial and Operating Officer at Alchemab Therapeutics, a biotechnology company focused on the discovery and development of naturally-occurring protective antibodies in neurodegeneration and oncology. He is also an Advisor to Lightstone Ventures, a venture capital firm investing in biotech and medical device companies.

Dr. Kwon received a B.S. in Biology from the Massachusetts Institute of Technology and a Ph.D. in Biological Chemistry and Molecular Pharmacology from Harvard University.